There used to be near-universal agreement that Paris, France, is the most romantic city in the world. That near-universal agreement doesn’t exist anymore. It came from an age when there wasn’t as much information available as there is now, and people generally weren’t as well-travelled as they are in the 2020s. Most of that can be put down to the invention of the internet, which has allowed new debates to open up about what does and doesn’t constitute a “romantic city.” The internet has also changed the world of romance. Meeting someone special used to involve a long and complicated process of dating. Now you’re more likely to meet your beau on an app like Tinder, where you flip and spin through potential dates with all the care you’d apply to re-spinning the reels of an online slots game at the Online Slots UK website. We’re not saying that’s a bad thing, but when the good fortune of finding a successful match (or not) is down to the same mechanics that underpin online slots, it’s hard not to feel like some of the magic has been taken out of the process. Can we put that online slots feeling aside for a moment, though? Can we look beyond technology and cynicism to find the true “most romantic city on Earth?” let’s give it a try.

We know we started off the article by saying that Paris might have been knocked off its perch as a romantic vacation destination, but “might” doesn’t mean “has.” The City of Light still has lots to offer visitors, not least the incredible cuisine and the dramatic sight of the Eiffel Tower. Paris offers visitors a depth of culture that most global capitals can’t match, right down to the quality of art inside the Louvre. There is the small matter of the place being a little less clean than you’d expect, though, and the locals perhaps a little less friendly. There’s a reason that some visitors sometimes experience Paris Syndrome – a deep sense of disappointment in Paris that manifests as despair. Paris is still a phenomenal place for lovers to visit so long as they don’t expect magic. The feeling of being in love is wonderful, but magic sadly isn’t real. That’s as true in Paris as it is anywhere else.

The citizens of Rome and its legions of fans around the world have never agreed that Paris is the world’s most romantic city. They believe that the Italian capital has far more to offer. The Eternal City rivals Paris every inch of the way when it comes to culture and historical monuments. Paris might have the Louvre, but it doesn’t have the Sistine Chapel. Lovers enjoy visiting the Trevi Fountain to toss a coin into the water and wish for a long and happy future together and then venturing further into town for incredible Italian food and gelato. It was from here that the ancient Romans built an empire that conquered half the world, and many of their ancient monuments are still standing. The Colosseum is a beautiful place to visit as the sun begins to set and a place where you’ll forge memories that last a lifetime.

Our American readers don’t necessarily have to head abroad if they want to visit a romantic city. They can stay in the USA and travel to Santa Barbara, California, instead. It might feel less adventurous as an idea, but you’re unlikely to have any regrets about your decision when you get there. Santa Barbara is the American answer to the French Riviera. That should sit at odds with its masses of Spanish architecture, but somehow it doesn’t. Enjoy a tour of the rose garden at the Santa Barbara Mission and then take a romantic open-air trolley ride into town to find the restaurants and art galleries. Ensure you make time for some dolphin spotting at Butterfly Beach!

You don’t have to be rich to visit Monte Carlo, but it helps. This is where the celebrity elite of Hollywood go on honeymoon, and you might even see a few happy celebrity couples while you’re there. If you enjoyed the online slots metaphor we used earlier, you’d feel at home in its world-famous casinos. Monte Carlo leans into its “Golden Age of Hollywood” image by providing classic car rentals, old-world hospitality at the Hotel Hermitage, and spectacular helicopter rides that allow you to take in the city from above. This is the most elite, exclusive destination in the Mediterranean and charges its prices accordingly, but if you can afford those prices, it’s one of the most spectacular treats you’ll ever give to yourself and your beloved.

It’s probably a cheat to include two Italian destinations in our article, but “amore” is an Italian word, so the whole country lends itself well to romantic settings. For some people, there’s nothing more romantic than taking a gondola along the canals. It doesn’t even matter to those people that you sometimes have to hold your nose, but Venice no longer deserves to be thought of as a smelly place. The city called in British experts to do something about the smell of the canals many years ago, and things have been better since then. The Bridge of Sighs is the highlight of any gondola tour, while the absence of the background noise of cars gives Venice an atmosphere unlike any modern city or town. It feels special, and it will make you feel special just by being there.

Can we reach any conclusions from this article? Perhaps not. Each of the five cities has its own pros and cons, and only you know what feels romantic to you. Is it long walks through parks? Is it incredible cuisine? Is it photo opportunities in front of gorgeous landmarks? Perhaps it’s a combination of all of these things and more. If you have the budget to cover the exorbitant costs, Monte Carlo is probably the pick of the bunch – but that’s just our opinion. Your experience may differ. Why not pick one city for your honeymoon and then go to the others on important anniversaries? There’s no reason to visit just one romantic city when you could visit them all! 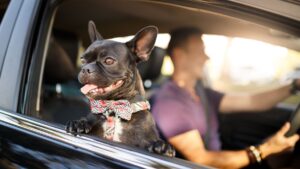 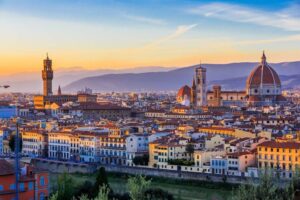 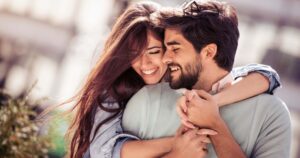 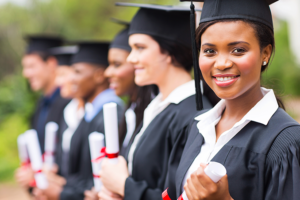